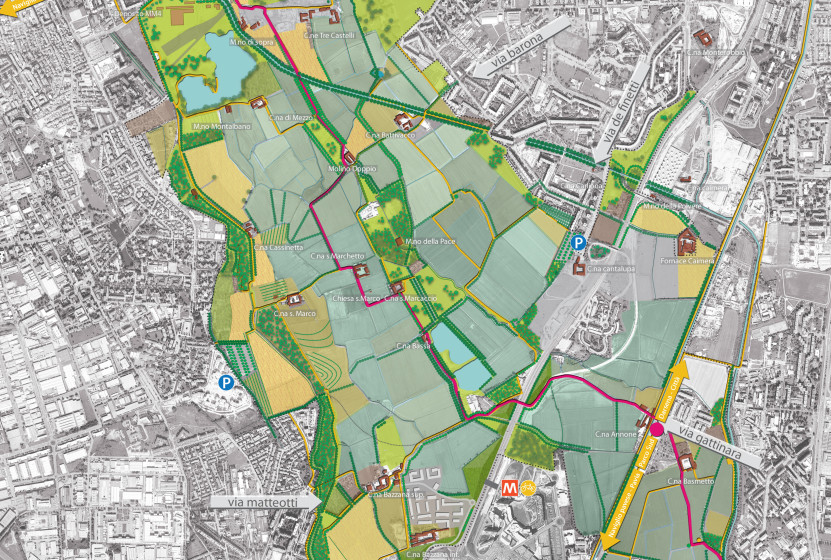 The Park of Rice is an area rich in water, thanks to the presence of numerous fountains, and thanks to which the agricultural activities are capable of keeping the landscape of the rice paddies alive , which in the Milanese province has had deep roots since the 15th century.

In the Milanese reality and its immediate hinterland, the agricultural Park of Rice represents a unique case of its kind, location and type of activity as a natural response to the needs of the urban realities of Milan, and, what’s more, it is able to provide a considerable amount of environmental, cultural and recreational services to the citizens, besides those coming from the agricultural production.

The intended use of most of the land means that farmers who have preserved the landscape of the park over the centuries, still have the leading role, and today they are in some way the guardians, but at the same time they are willing to adopt innovative solutions.

The Park wants to maintain its agricultural function but also wants to reach out to the public who can understand and respect the unwritten rules that the cycles of nature impose on the crops.

This is a discrete, and at the same time important and innovative operation. The challenge lies in the ability to propose a critical and active use of territory, and thus, the indispensable starting point for the protection of the territory itself. Behind all this, there is an “agreement” signed between farmers, who are willing to open up their doors of their territory to the city, and committed citizens who show respect to work and environment in which they live and work.

Discover the interactive map of the park.