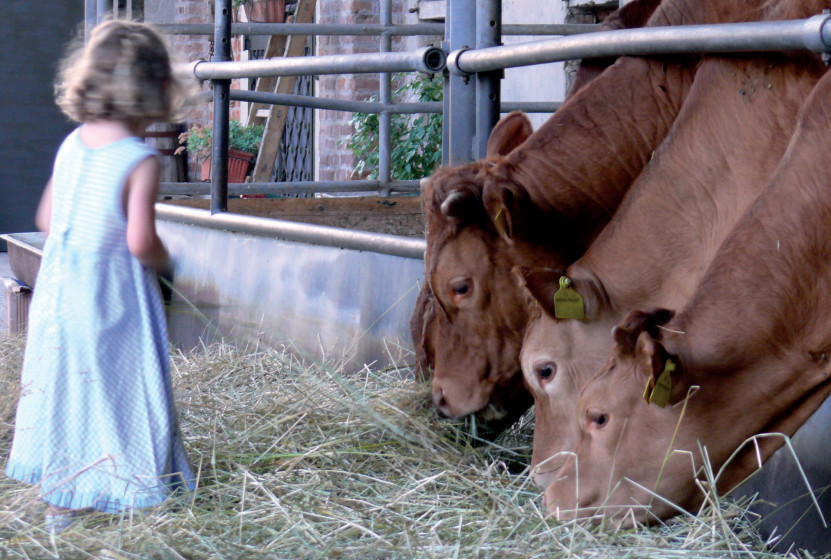 Food capacity and traditional crops are maize and rice; amongst others cereals, the common wheat that is constantly growing. The breeding of cattle and pigs is the main activity (in terms of  the product income) with 305 farms, which amounts to 30% of agricultural land used in the Park. Livestock production forms the second backstone of agriculture of Milan, just after the cereal crop production.

A landscape that has survived the changes of the metropolitan area, showing times of the highest  quality, although never planned but formed spontaneously through the wisdom of farmers, and the foresight of the landowners over the time. Due to the farmers’ understanding and interpretation of nature of places, it has enabled them to integrate those features through arts, economy and traditions that have been formed as a result, and transform it into a progressive domestication that has been present until now, adding richness to this privileged territory.

However, over the last few years, we have seen a significant division between the city and its countryside, and above all, memory loss and the feeling of interdependence. You fear or ignore the things that you don’t know. And that is why this little awareness of ‘unknown land outside’ has led to a progressive invasion of settlements and infrastructures that threaten integrity, values, and sometimes, the very possibility of creating agriculture that still builds the urban countryside.

This is perhaps the beginning of a new era in the relationship between Milan and the South Park (Parco Sud), with a renewed alliance between citizens and farmers, who try to encourage institutions to take note of it. As a result, Parco delle Risaie is the promoter of this new covenant.

» The Park » Resources and services